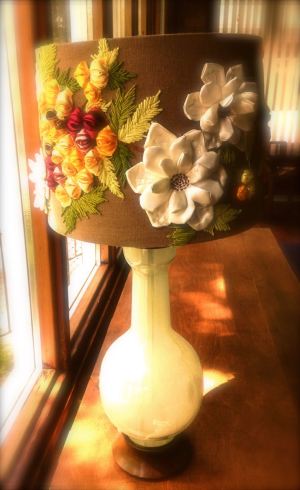 This lampshade was given to me as a birthday present from my boyfriend. It always reminds me of one late night when the two of us were up watching an episode of New Girl in my room. We didn’t watch it often but when we did we would watch several episodes in a row.

I learned the next day from my roommate that we had been laughing so often and so loud that, on the other side of the wall, they thought we were losing our minds! At the time I didn’t even realize just how much fun we were having; we weren’t doing anything crazy or new, just relaxing at home together.

This lampshade reminds me of that night as, to our surprise, we discovered that the female lead in the show has the same one on her bedside table! We now live in different cities but whenever I look at the lamp I am always transported back to that cozy night filled with laughter together. 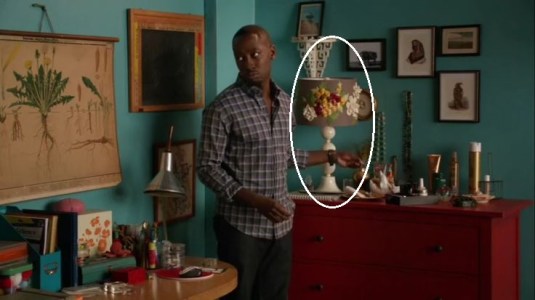